What is the place of nature in cities? As the COVID-19 pandemic challenged societal norms, this question took a new turn for professionals and the public alike. Having recently moved to Singapore I’m sharing here a few thoughts as I’m learning how the city-state designs our relationship with nature.

Taking lessons from Singapore seems difficult as cities in each have their own strengths and legacies. What seems safer to say, however, is that Singapore’s long history of urban ecological experiment can inspire others in the region and around the world.
Singapore is often praised for its forward-looking approach to greenery planning. The “city in a garden” and aspiring “city in nature” can pride itself with a number of world-acclaimed initiatives, from designing buildings with nature to pioneering a biodiversity management index and educating the public and professionals at home and abroad. Does that mean the island is a model of for other cities regionally and globally?

Planning for people and nature

Greening efforts in Singapore date back to the 1960s and are still going strong today. An integral part of the city’s branding, recent “biophilic projects” illustrate how Singaporeans can enjoy the benefits of nature in multiple ways. Beyond the highly-publicised Jewel Changi Airport and Gardens by the Bay, recent noteworthy achievements include Kampung Admiralty (a mixed-use apartment complex with multiple green terraces provide shade and comfort to its elderly residents); the Khoo Teck Puat Hospital (which was designed to maximize beneficial interactions between patients and nature); and the Oasia Hotel Downtown, an example of vertical landscaping that opens new horizons for reconciling compacity and greenery.

The private sector significantly contributes to the impression of greenery, but government planning should get much of the credit for the place of nature in the city. From high-level visions for the future of Singapore to the minutiae of roadside design, government agencies spearhead and oversee much of the efforts to protect or restore nature in the city. Singapore does not have much more total green space than other major high-density cities, but each amount of greenery seems to be designed to count—both in terms of human perception and biodiversity.

And it’s not only manicured parks and green roofs. The story of hornbills, birds once extirpated in Singapore, certainly demonstrates that careful planning and design can successfully support urban biodiversity. At the city scale, several plans guide conservation and restoration activities, including the Nature Conservation Masterplan and the National Biodiversity Strategy and Action Plan. These plans effectively guide action on the ground, such as the recent creation of a nature park (Thomson NP), or the extension of the Park Connector Network. With Singapore’s determination to become “smarter” through technology, these plans can be effectively integrated in nation-wide planning (for example in digital twin models) to optimize outcomes for both urban nature and other services.

Biophilic planning does not stop at infrastructure and some initiatives engaging Singaporeans should also be highlighted. Therapeutic gardens, designed to heal visitors, are great examples given their relative low cost and the increased attention paid to the connection between nature and mental health. There are also new ways government agencies start engaging a dialogue with residents, reflected in the “Build a playground” initiatives or the creation of community gardens throughout the island.

An increasing need to plan with people and nature

The trend to engage the public in the design phase is relatively recent in Singapore. It is reflected in the recent aspiration to shift from a “whole of government” to a “whole of nation” approach to governance. As observers have noted, this shift will be critical to negotiate as the social and political landscape is changing [1] . Singapore’s demography is evolving and challenges of the 21st century do not resemble the threats that the nation faced in its first 50 years.

One major dimension of this change is the rising inequalities in Singapore. The spectacular economic growth over the last decades has benefited the overwhelming majority of Singaporeans—in part due to unique policies to promote access to housing. Yet recent years have seen the gap between the very wealthy and the rest of the population increase, and the expected increase in highly educated foreigners over the next few decades does little to ease concerns from the Singaporean middle class [1].

The spike in the number of COVID cases in Singapore has shed a particular light on the issue of inequalities by drawing due attention to an important part of Singapore’s migrant workforce. Not only the workers’ living conditions makes them more vulnerable during the crisis, but they face injustices in access to some public spaces as their needs are scarcely acknowledged in planning. Therefore, while top-down planning has generally preserved Singapore from gentrification, inequalities in access and benefits of public goods do exist, and there is certainly room for improvement in how lower-income populations are considered—not only in times of crisis.

Another dimension of the recent socio-political change is the active demands to take part in shaping Singapore. The young generation, in particular, increasingly requests to be heard, which may impact the way planning is conducted. The Singaporean General Elections earlier this month confirmed a mounting questioning of the ruling party, which has held power since independence in 1965 with a broad popular support. An example of how this rising contestation may affect nature planning is that of Bukit Brown, where plans for development of the cemetery in the early 2010s met with unprecedented resistance from the local population. More recently, the development of the Tengah Forest was criticised for an insufficiently considering the value of biodiversity. Perhaps the best sign of success for a city-state that promotes education as a key value, these examples illustrate that the public can become the most effective safeguard and steward of urban nature—and why not help bring back some wilderness.

Singapore’s experiment as an inspiration

Overall, there is no denying that Singapore’s greening efforts are a great source of inspiration. They demonstrate that with ambitious top-down policies and a vision that incorporates urban nature, substantial outcomes can be reached: the examples above, among many others, can certainly inspire cities around the planet.

Yet three important points should be kept in mind before elevating Singapore as a model. First, the top-down approach that was possible in the first 50 years may not be sustainable in the future, as society in Singapore and beyond changes. The examples of democratic demand and inequality concerns presented above suggest that a more balanced, less top-down governance approach, will be essential to push urban developments that benefit both people and nature.

Second, building Singapore does not come without its environmental impacts. Direct impacts include the continuing development on high-biodiversity areas, such as the aforementioned Tengah secondary forest.  In addition to the large carbon footprint, especially compared to its neighbours, indirect impacts of sand mining driven by Singapore are also an increasing area of concern. Not every city faces the island’s land scarcity challenges, which have led to important land reclamations, but the high demand for sand from current construction practices does question the sustainability of the model.

Finally, considering Singapore as a model may have unintended consequences, as the cities’ fight to be on the world scene may lead to net negative social and environmental impacts. This is perhaps the most dangerous part of elevating Singapore as a model for others: that the philosophy behind (some of) the current greening efforts is lost in translation. Green buildings that only “look” green do little to advance urban sustainability, and careful consideration of the context and local strengths should prevail when considering the place of urban nature. With now over two decades of experience, urban biodiversity and ecosystem services scientists, who study the ecological and social benefits of urban nature, will be well positioned to facilitate this conversation.

Thus taking lessons from Singapore seems difficult as cities in each have their own strengths and legacies. No one knows if the Singapore approach to urban greening will be optimal in the future, nor if other cities should or could take lessons from Singapore. What seems safer to say, however, is that Singapore’s long history of urban ecological experimentation can inspireothers in the region and around the world. I certainly feel inspired as, in writing these last lines, a couple of hornbills gracefully land on my windowsill.

[1] To read more on this topic, see the Chapter: Re-Examining Singapore’s Urban Planning and Governance Framework, by Tan Shin Bin and Donald Low) In Planning Singapore: The Experimental City, Hamnett, S. and Yuen, B. (Eds) https://www.routledge.com/Planning-Singapore-The-Experimental-City/Hamnett-Yuen/p/book/9781138482340 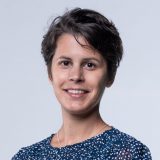 About the Writer:
Perrine Hamel

Perrine is an Assistant Professor at NTU’s Asian School of the Environment. Her research group examines how green infrastructure can contribute to creating resilient and inclusive cities in Southeast Asia. Prior to joining NTU, Perrine was a senior scientist at Stanford University with the Natural Capital Project.


In Half-Earth: Our Planet’s Fight for Life, published in 2016, E. O. Wilson made a reasoned and impassioned call for making our human future fit within the boundaries of just half a planet, with the other half given over to...

Cities, like nature, are all about the details. Granular. Fine-grained. Cellular. Each of these describes what we see in cities as unique, what defines them as places: small details that differentiate them from anywhere else and add up to a web of connections we call the city. I am writing this from Paris, a city marked by its idiosyncrasies. Small...

16 April 2015 A Tree Hitched to the Universe Russell Galt,  Edinburgh

A wee garden in a windy city From a leafy suburb in the shadow of Table Mountain, I need not venture far to encounter a myriad of remarkable creatures employing clever survival strategies. Fighting, stalking, feigning, loving, dancing, stealing, and...