How do we “value” open space in policy and urban development in relation to other land uses? Seattle is trying to take a lead in natural capital accounting, and create change in how North American cities regard nature, an un-accounted for asset.
The building boom that’s driving up real estate prices and jamming Seattle with housing and high-rises is also squeezing out and devaluing the city’s green and open spaces. That “progress” presents paradoxes: “Hard assets” provide value temporarily, as they are amortized over their “useful lives”; green, or “soft,” assets are never amortized, and provide value forever. And “progress” has now created a city with one of America’s ten worst heat islands, America’s 6th worst traffic congestion, and some of America’s worst air pollution.

The Seattle Green Spaces Coalition (SGSC) reckons that, within Seattle’s 142.5 square mile area alone, our “natural capital” provides more than $3 billion a year in benefits and savings. While city government doesn’t treat that as an asset, some of its departments and the surrounding county have.  In 2000, King County used ecosystem service values (ESV – the worth to cities and towns of fisheries, habitats, agriculture, recreation space, etc.) to design its WRIA9 Duwamish River salmon protection plan.  In 2001, Seattle Public Utilities used ESV in restoring Thornton Creek.  In 2008, the Urban Forestry Commission set a goal of covering 35% of Seattle with trees by 2035 (since revised downward to 30% by 2037), and drafted guidelines for an updated tree protection ordinance.  Despite widespread public support, the City Council still has not passed one,

In 2010, visionary Seattle Parks & Recreation Dept. (SPR) director Tim Gallagher hired the Trust For Public Lands to assess the natural capital value of Seattle’s parks.  It found their land and water resources provided nearly $500 million a year worth of benefits and savings, dwarfing the $30,000 a year Parks was making in fees and rentals.  When Gallagher presented the surprising report to Seattle’s City Council, members marveled, had no idea how to integrate those dollars into city accounting, and cut SPR’s budget.

Seattle Parks occupy barely 11% of Seattle’s land and water area.  Multiplying their $500 million value by 9 for the rest of Seattle’s area, including carbon-absorbent water, and knowing that nearly 70% of Seattle’s trees and other flora grow on private and other properties, SGSC reckoned, conservatively, that our natural capital is worth about $3 billion a year to the city.

Why, one may ask, don’t cities value the benefits and services Nature provides, and treat them as assets to account for, report on, and use in cost-benefit analyses, policy making, and project implementation?  The answer is that they still can’t conceive of how to account for green infrastructure.  The following sums up their attitudes:

In 2014, a group of West Seattle neighbors founded SGSC, to keep public lands in public hands for public benefit. The City of Seattle owns hundreds of acres of non-park land—from hillsides to street ends and parking strips, to Seattle City Light (SCL) substations.  When departments have no further use for property they own, they declare it “excess,” and/or “surplus,” offer it to other departments, and if there are no takers, the City Council approves it for sale at fair market value.

Seattle recognizes only one way to value land: real estate appraisal. Residential and commercial developments grow its tax base. Attitudes of Seattle and every other North American city date from the Agricultural Revolution 12,000 years ago, when hunter-gatherer humans began settling down, and claiming spaces to grow food and herd livestock. Before that, humans had lived in the environment. Afterward, they lived on it—except when natural disasters reminded them otherwise. Today, all Seattle land is owned.  Wherever development occurs, Nature is elbowed aside, into parks, building landscapes, and places where nothing can be built.

SGSC asserts that where the city owns green space, it should keep it, not sell it. It’s cheaper than having to buy it back at higher future prices to replace it. So SGSC has supported community group and organizations throughout the urban area in purchasing and transforming surplus properties into parks, land banks, and education centers for schools.  Nearly 40 acres of urban land have now been retained for public benefit.

The economist cited the Cedar River Watershed, which Seattle’s 1891 City Council bought. Its 91,000 forested acres have supplied trillions of gallons of fresh water to millions of Seattle area residents for more than 120 years. It’s a priceless asset that’s given us vast public health, recreational, environmental and livability benefits. But if it were declared surplus, it would be sold at “fair market value” as raw land. “There’s something wrong with the accounting here,” said Batker.

Fossil-fuel industries can report the value of gas, oil and coal assets sitting in the ground, but public utilities cannot account for water in the ground—it counts for zero. While the watershed is a more resilient, less risky asset than water filtration facilities, lenders and bonding agencies look more favorably on financing a potential grey asset than on letting Seattle’s water utility to take on debt for financing the real green asset.

The nine City Council members were convinced, and in November 2015, unanimously approved a Statement of Legislative Intent (SLI) to study how natural capital value could be assessed and used for the city’s benefit.  No SLI is binding, but a project scope was outlined, and a consultant designated.  City Council and department staffs wrote response papers, and the Mayor weighed in.

Some environmentalists resisted valuing the environment, fearing it would (1) commodify Nature, (2) undercut the compelling intrinsic value argument for it, and (3) make property rights an issue.  Actually, the natural world has been commodified for 12,000 years (why not use this fact to protect nature?), the intrinsic value argument hasn’t stopped species extinctions or forest depletion, and property rights help people pretend that a fence around a parcel means it’s no longer part of Earth’s biosphere.  Environmentalists also preferred land-swapping buildable urban property for unbuildable rural land – an exchange that perpetuates depletion of urban natural capital.

Housing advocates said green space and housing couldn’t coexist, though they do across Seattle. Private interests worried if natural capital were valued beyond the costs of landscape plants, or the price boost that views give real estate, it would hamper development, increase project costs, and cause enforcement headaches. And in 2015, standard accounting structures—GAAP (Generally Accepted Accounting Principles) and GASB (Government Accounting Standards Board)—had no rules for valuing and accounting for natural capital.  Today, both GAAP and GASB are developing those rules.

In SGSC’s view, every built structure subtracts from green space value. The city should account for that in the true cost of new infrastructure. Cities and developers use the rationale that, “This land was already developed, so we’re just continuing that use.” But green space predated all development, and any building represents a subtraction of it. In effect, they all make withdrawals from our “natural capital bank.” Those withdrawals should be repaid with interest—in the forms of green roofs and/or walls, intensely cultivated green areas, or purchases of new urban green space.

From 2016 on, SGSC strongly advocated for the City Council to fund a natural capital consultant who would explore with city departments how they could use natural capital as an asset in their analyses and operations. The Council preferred selling surplus land for housing development, not using it as green space. They also were not open to stating in any legislation and ordinance, that Seattle values its ecosystem. We proposed: “Whereas, Seattle’s open and green spaces are a tangible asset essential to public health, urban resilience, equity and sustainability, Therefore the City of Seattle will integrate development within this context, to meet the needs of communities, neighborhoods, and the entire city.”  The Council rejected this, too.

By 2019, dozens of public organization, private enterprise and tribal allies had come forward to join SGSC in urging the Council to fund a natural capital consultant. And in its FY2020 budget, the City Council approved $35,000 for a consultant.

SGSC intends for natural capital accounting to create policy implications. It may add a layer of complexity to land appraisal, but it would stop city agencies and developers from treating every parcel as separate and ecologically insignificant, and instead require them to treat natural capital in the aggregate, as integral to the significant sum of individual parts. Policy-wise, this could also improve Seattle’s patterns of urban design and development. It would create a “soft asset” value system to offset the “hard asset” one, and enforce a more balanced approach to Seattle’s growth.

We are clear that creating innovation in Seattle’s entrenched government will pose significant challenges. But SGSC is optimistic that these challenges can be met with bold action, and provide great rewards for current and future generations.

Seattle has often been bold. It led North America with its green waste and recycling programs in 1988. Its 2005 Mayor’s Climate Protection Initiative has now been co-signed by 1066 mayors representing more than 65% of the U.S. population. By taking the lead now, Seattle can show cities and towns across North America how to improve livability, sustainability, resilience and equity, if they treat our priceless, yet un-accounted for capital as an asset. 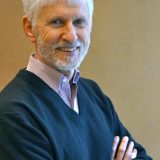 About the Writer:
Martin Westerman

Martin Westerman has authored Easy Green (ACA Press), The Business Environmental Handbook (Oasis Press) and dozens of environment-related articles, taught green business and communications at U. of Washington Foster Business school 2000-08, and currently serves on the boards of the the Seattle Green Spaces Coalition, and the West Seattle Transportation Coalition. He lives in West Seattle, Washington.

In September last year, the IUCN World Conservation Congress—Planet at the Crossroads—brought together in Hawai’i more than 10,000 participants from 180 countries, including top scientists and academics, world leaders and decision makers from governments, civil society, indigenous peoples, and business. It presented a unique opportunity to discuss the unprecedented challenges facing our planet. The Congress made clear that our future...

Here at The Nature of Cities, we write a great deal about the benefits of “green” cities, widely construed. In particular, we write that green infrastructure and biodiversity in cities have broad benefits for people, nature, and, indeed, for the...