And What Grassplots, Amur Leopard, and Mold Have in Common

It is estimated that the extinction of the Amur leopard resulted in $722 million in damage to the Russian economy.
What is biodiversity for? Some don’t need that question answered: you just adopt a philosopher’s perspective, and everything becomes clear—all living things have the right to dwell on the planet. For others, the question is confusing. Those trying to find a quantitative answer to this question include not only biologists, but also economists—the latter may calculate the “price of ecosystem services” rendered to humankind by nature. If you crash a car, everyone understands what material damage will be suffered and by whom. And what if a forest is cut down? Or a grassplot is converted into a parking lot? Were the last Amur leopard to die somewhere in the mountains, would the economy be affected at all? In 2008, the answer was found in the Russian State University of Management, where for calculations they used a formula by the US National Oceanic and Atmospheric Administration: the disappearance of the last 40, to that day, individuals of that leopard species on the planet would have equaled $722 million in damage to the Russian economy.

Megalopolises are oftentimes referred to as concrete jungle. And it is true that living in a city doesn’t overturn laws of biology. Somewhere in distant mountains, the Amur leopard is dying out because of random deforestation, fragmentation and reduction of its habitat, and inbreeding, ie, mating of individuals closely related by ancestry due to their population being too small. The very same adverse factors also affect city-dwelling populations of plant and animal species in our vicinity. A new highway cuts through a forest? Animals living there will most probably not be able to leave their respective resulting plots. And the stronger the fragmentation, the faster the local population will go into decline. The only bit of wasteland between the houses has been repurposed into a parking lot? Yet another grassplot has been paved? That means not only soil animals, many plants, and insects have died, but, to make matters worse, butterflies and bees in adjacent territories have been deprived of the means to populate broader areas, as they could have used that plot as a place to stop, rest, and refuel on some food.

For example, many bees are known to be only capable of flying no farther than 1.5–2.0 kilometers. “So what?” you may ask. In order to survive, some bees only need one single plant. For example, Moscow’s red bartsia bee (Melitta tricincta) only feeds on red bartsia. What would become of humankind if that red bartsia bee were to disappear? Regretably, it can only be found out by experience. And we may not like that experience.

For instance, last year alone, according to the estimates by the National Beekeepers and Bee Product Processors Association, the decrease in the population of one single species—domesticated Western honey bee—cost Russia over 1 trillion roubles (around $13 billion) in losses. And that estimate doesn’t include losses resulting from wild bees dying out—the ones not counted by beekeepers. According to the UN, the world relies on pollination of crops by bees to produce almost a third of its food worth an estimate of $380 billion.

There’s another example illustrating the Butterfly Effect, which is a story dating back to the mid-20th century: two years after China declared a war on sparrows for allegedly destroying field crops, the resulting major pest outbreak and the deterioration of crops that followed were of such a scale that around 10 to 30 million people died of hunger.

It would be rather naïve of us to believe that any damage can be estimated in advance. Or that—should the ecosystem lose even one of its elements—the course of events can be foreseen. Humankind hardly knows anything about the planet it lives on, but succeeds in taking advantage of discoveries that happen from time to time. There was a time when we were in the dark about the properties of the mold fungus Penicillium that we have to thank for penicillin, of the willow bark that gave rise to aspirin, and of the rice hulls from which vitamin B1 was synthesized. I believe it will be easy enough to evaluate the economic effect brought about by those discoveries to the world’s economy.

On the contrary, it’s impossible to calculate the forgone benefit resulting from the loss of those species whose properties will forever remain unknown to us—with biodiversity declining at a dramatic pace. Scientists estimate, for example, that every year the total insect biomass decreases by 2.5 percent. And that estimate doesn’t take stock of the plants, fungi, microorganisms, and other living things—many of which the humankind never knew—that, potentially, could have come in handy for people.

For example, back in 1990s, when many Moscow’s grassplots were still covered with knee-high grasses, and city parks had some decent forests and meadows, fragmentation already prevented even mid-sized animals, such as hare or stoat, from establishing viable populations there, while small (and well-studied) animals, such as day butterfly, had lost up to a third of species composition by 2001, when Moscow Red Book’s first edition was published. But the dying out of a third of butterflies also means that about a third of less well-studied insects followed suit: pollinators, entomophagous insects, soil formers, dead wood destructors, etc. By the time Moscow Red Book’s second edition was published in 2011, that assumption had proved true for bumblebees and dragonflies.

Nevertheless, about 70% of species remained and continued performing their functions. Due to that, data obtained from forest pathology research showed that large natural expanses—contributing the most to maintaining a normal environmental situation in the city—are in a relatively good condition.

According to Liudmila Volkova, Biodiversity Conservation Center’s expert and Moscow Red Book’s scientific editor, a 50 percent “threshold” of Moscow’s insect survivability will be the limit, meaning another 20–30 percent of entomofauna species will have died out—because of excessively frequent grass-cutting, mass park (and even special protection natural areas) beautification, and a sheer extensive “sealing-off” of soil in the city. And it’s from then on that the humankind will have to compensate for the undermined capability of green areas for self-regulation and to resort to insecticides in order to control pest population in city parks, as populations and diversity of entomophagous invertebrates (e.g. ichneumonoidea, parasites, predators) and songbirds will have decreased.

An alternative solution would be to use nature’s “ecosystem services” rather than fight it. Thus, its restorative influence on the human body was tested in practice more than once. As far back as in 1981, scientists from Sweden’s Chalmers University of Technology proved that patients assigned to rooms with windows looking out on a natural setting recovered faster than those in rooms with window views of a building. Similar findings have been made for children: researchers Taylor and Kuo noticed that children with attention deficits showed improved concentration results after a 20-minute walk in the park.

So why do we need biodiversity? To eat, heal, stay healthy, take rest, save money, and earn money. Do those arguments suffice to protect a grassplot, a wasteland, or a forest? To finally shift our perspective from “what is it that nature gives us” to the one where the only answer begs itself, and namely “because all living things have the right to dwell on the planet”? 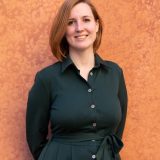 About the Writer:
Nadezhda Kiyatkina

Nadezhda Kiyatkina is a researcher and activist, the mind behind the Cherished Meadow project, member of the Russian Bird Conservation Union, has degrees in journalism and biology. She uses her interdisciplinary knowledge to popularize the idea of a sustainable city, to explore the mutual influence of the city and nature and to involve local residents in projects related to nature in the cities.

28 June 2015 Count Me In: Urban Greening and the Return of Primates in Kampala Shuaib Lwasa,  Kampala


As urban areas explode around us, competition is heightened between nature and built landscapes. There is a salient competition between biodiversity on the one hand and structures—infrastructure installations—on the other. In Kampala, this competition is manifest in how deliberate actions...