Urban populations—and the associated concentration of livelihoods and assets in cities—continue to increase worldwide, thereby increasing exposure to hazards. Coupled with aging infrastructure and housing stock, this trend leads to an increase in vulnerability. And this vulnerability is compounded by climate-change driven storms, sea-level rise, and associated flooding and landslides. Such events are increasing year after year; still, governments avoid reducing existing risk because they prefer not to spend money on uncertain outcomes before a disaster, especially because such efforts remain invisible even if the risk materialises. Instead, there are plenty of certain and visible outcomes to spend money on: compensating people after they lose their homess and sources of income. Governments also choose not to spend resources on risk reduction because of the prevailing political-economy climate, which is curbing expenditure in the public sector. This means that new risk (in terms of both exposure and vulnerability) continues to accumulate at a rate higher than existing risk is being reduced by risk reduction and resilience strategies. Most alarmingly, the prevailing process of reconstruction of houses, infrastructure, and livelihoods after a disaster often reintroduces risk into livelihoods and the built environment. Why is this still happening?

The UN, practitioners, and risk management consultancies are doing a lot of good work on disaster risk reduction, including encouraging governments to invest in disaster risk reduction. But the participants in this work haven’t connected to the public debate that is happening about risk—they are disconnected. What can we do to connect them?

To answer the above questions, it is probably good to start with examples of some of the problems that whole cities, and certain sectors (e.g. education sector especially in poor neighbourhoods and urban slums) within cities, are facing worldwide. Below are a few such examples:

The answer to all of these questions—or, at least, the part of the answer which is often ignored—has to do with the way decisions are made regarding 1) accountability for the creation of risk, 2) what risks we decide to reduce or not reduce, 3) to what levels we reduce those risks, 4) where we get finances to reduce those risk or why we decide not to finance risk reduction, 5) who participates in all of the above decisions and who is excluded in terms of sectors (e.g. banking, industry, commerce, agriculture, natural scientists, social scientists, etc.), and 6) to what degree the decision making process is transparent, subject to scrutiny and accountability (for example: how often are officials held accountable if risk is not reduced or if risk is reintroduced after a disaster?). All of these aspects of decision making related to risk form what we call Risk Governance: how governments arrive at decisions on risk creation and risk reduction, as well as who is allowed to participate in the decision-making process.

It is only recently that we have recognised risk governance as an issue, and so more work needs to be done to rectify problems with risk governance. Improved risk governance is very important because it forms the missing link between the knowledge creation being pioneered by various practitioners, UN agencies, and aid agencies on the one hand and between governments who are ignoring the evidence and not acting on this knowledge on the other hand. Good risk governance will empower all affected people, sectors, and businesses to lobby for enhancing the accountability of decisions regarding risk construction, risk reduction, and risk reintroduction.

The Hyogo Framework for Action 2005 – 2015 (HFA) is a 10-year plan to make the world safer from natural hazards and was endorsed by the UN General Assembly in the Resolution A/RES/60/195 following the 2005 World Disaster Reduction Conference. The HFA set five Priorities for Action for reducing disaster risk between 2005 and 2015:

The above priorities for action are meant to be implemented at national, local, and sectoral levels. In particular, their implementation at local levels was strengthened by the development of the Making Cities Resilient Campaign, launched by the UN International Strategy for Disaster Reduction (UNISDR) in May 2010.

In analysing progress in the implementation of the HFA, the following challenges have been observed:

The above challenges are also reflected in The Sendai Framework for Disaster Risk Reduction 2015 – 2030 (SFDRR), the successor instrument to the Hyogo Framework for Action, which was adopted at the Third UN World Conference on Disaster Risk Reduction in Sendai, Japan, on March 18, 2015. The SFDRR reviewed the progress of various states in the implementation of the HFA and identified the following challenges: the need for improved understanding of disaster risk; the need to strengthen disaster risk governance; the need for accountability for disaster risk management; the need to be better prepared to “Build Back Better”; the need for recognition of various stakeholders and their roles; the need for mobilization of risk-sensitive investment to avoid the creation of new risk; the need for resilience of health infrastructure, cultural heritage, and work-places; and the need for accountability for risk creation and the transfer of risk. Based on the above, the SFDRR proposed seven global goals, outcomes, and outputs and then identified the following four priorities for action over the coming 15 years, from 2015 up to 2030:

At this stage, as the SFDRR is being finalised and the monitoring framework and indicators agreed upon, it is useful to elaborate on some of the main governance gaps in the implementation of disaster risk reduction strategies and policies categorised under different headings below:

Risk management consultancies have vested interests in focusing on the natural and physical factors contributing to vulnerability. Other stakeholders, including insurance companies and contracting and construction companies, may have other vested interests related to risk transfer and recovery practices. Many practitioners are trying to balance these vested interests by calling for a risk governance process to manage all decisions and by producing evidence-based arguments showing the need for risk governance. However, these arguments produced by practitioners will not effect change unless they are taken on board by concerned and affected citizens and stakeholders who want to improve the environment in which we live.

Therefore, it is important for us—disaster risk management practitioners, urban designers, and others—to recognize that we must increase our efforts to ensure that we are providing the needed advice to decision makers. However, perhaps more importantly, we must also view our work as trying to act as the missing link: to inform the public debate that is taking place around disaster risk and resilience, thereby providing the public (the ultimate decision maker) with the scientific tools to carry out scientific, evidence-based lobbying to reduce disaster risk and improve resilience. 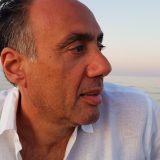 24 August 2015 Risk: How Can We Put the UN, Governments, and the Public on the Same Page? Fadi Hamdan,  Athens


Urban populations—and the associated concentration of livelihoods and assets in cities—continue to increase worldwide, thereby increasing exposure to hazards. Coupled with aging infrastructure and housing stock, this trend leads to an increase in vulnerability. And this vulnerability is compounded by...

19 October 2015 Right to the City for All: A Manifesto for Social Justice in an Urban Century Lorena Zárate,  Mexico City

[The Right to the City is] the right to change ourselves, by changing the city. —David Harvey, 2008  The cities we have The cities we have in the world today are far from being places of justice. Whether in the South, the North, the West or the East, the cities we are living in are a clear expression of the...

U.S. Congressman John D. Dingell, Jr. passed away on February 7th at the age of 92. He may be best known as the longest-serving member of the U.S. House of Representatives in history—serving 59 years and being reelected 29 times,...

Today’s post celebrates some of the highlights from TNOC writing in 2019. These contributions—originating around the world—were one or more of widely read, offering novel points of view, and/or somehow disruptive in a useful way. All 1000+ TNOC essays and roundtables are...