Often, city forest fragments and tree canopies are overlooked by city planners and developers as important bird habitat. More often than not, people only regard large patches as beneficial. The message from conservationists is that we want to avoid fragmentation and to conserve large forested areas. While this goal is important, the message tends to negate any thoughts by developers and city planners towards conserving individual mature trees and small forest fragments.

“Building for Birds”, a design tool, allows decision-makers to manipulate amounts of forest fragments and tree canopy to determine the best designs for conserving bird habitat.

To design around individual trees and small forest fragments, it takes a good deal of planning and, in some cases, extra costs. Roads have to be realigned, homes on lots have to be sited to protect trees, and a considerable amount of construction management has to be implemented to prevent earthwork machines from damaging conserved trees and forest areas. From an engineering/construction perspective, it is sometimes easier to wipe out all vegetation and start from scratch. The tool described in this essay helps city decision-makers evaluate how different development designs benefit or do not benefit different bird species.

The goal of the “Building for Birds” online tool is to provide decision-makers with a way to evaluate different development scenarios and how they affect habitat for different species of forest birds that use fragmented areas. This tool allows decision-makers to manipulate amounts of forest fragments and tree canopy (in built areas) and determine the best designs for conserving bird habitat. This evaluation tool is most useful for developments in already fragmented landscapes, where decision-makers are trying to decide which tree patches or tree canopies to conserve.

The online tool calculates scores for three separate habitat categories: 1) breeding/wintering habitat, 2) stopover habitat during migration, and 3) as breeding or stopover habitat in residential areas with trees. Scoring is based on the amount of conserved forest fragments and tree canopy cover kept intact for a particular development design. For example, each acre of intact forest gets one point in some situations. However, these points increase or decrease (for each acre) depending on the season. To determine bird habitat scores that result from different development designs, one simply enters the amount of conserved forest fragments and conserved tree canopy cover in residential areas. Using these inputs, the tool generates a report for a particular scenario, containing a score for each of the bird habitat categories and a list of birds that could be found in each of these habitats. These scores help to evaluate a design’s potential for bird habitat. The tool can be found at http://wec.ifas.ufl.edu/buildingforbirds/web/home.html. Below, we explain each of the three habitat score categories.

A variety of forest birds will use fragmented forests as breeding sites during the summer and as foraging/shelter sites during the winter (Figure 1). This is the first bird habitat score that the tool calculates: breeding/wintering in forest fragments habitat score. For the purposes of evaluating different development scenarios, we restrict the analysis to forest birds in the order Passeriformes (i.e., perching birds) and woodpeckers in order Piciformes. Woodpeckers are primary cavity nesters, often creating their own nesting cavities in trees. Secondary cavity nesters, such as the tufted titmouse, use natural holes in trees or cavities made by woodpeckers. Other species, such as the northern cardinal (Cardinalis cardinalis), make open-cup nests in the branches of trees and bushes. Fragmented forests provide food for many species of birds, which consume vast amounts of insects, fruits, tree sap, nectar, and seeds. Forest bird species prefer woodlots and forests to open rangeland and open bodies of water. Trees are important habitat for forest birds year-round during both the breeding and non-breeding seasons.

However, some birds, such as several species of Neotropical migrants (e.g., Cerulean Warbler, Setophaga cerulea), are sensitive to forest fragmentation and typically only breed successfully in large patches of forest (e.g., greater than 125 acres). Birds that primarily breed in large forest patches are called interior forest specialists. These species are thought to be vulnerable in fragmented landscapes because they are area sensitive, typically build open-cup nests on or near the ground, lay relatively few eggs, and often do not nest again if a nest fails. In fragmented landscapes containing agriculture and urban areas, a variety of nest predators and brood parasites are more abundant along the edges of forests. Nest predators include mammals and birds, such as raccoons, cats, skunks, blue jays, and crows. The main brood parasite is the brown-headed cowbird. This species lays eggs in a Neotropical migrant’s nest, tricking the migrant bird parents into feeding and raising the cowbird chick instead of their own. Cowbirds and nest predators thrive in fragmented forest landscapes containing agriculture fields, pastures, and residential development.

Some interior forest specialists (e.g., Canada Warbler, Cardellina canadensis) breed in dense understory growth in the openings of large forests and use regenerating vegetation (caused by windfalls, fires, and clearcutting). Although they technically breed along edges, they do so in large forest patches, and they are thought to be vulnerable to the increased predation and cowbird parasitism common in forest edges found in fragmented landscapes where urban and agricultural areas are nearby. Overall, interior forest specialists are vulnerable to forest fragmentation; many populations of these species are declining and are in danger of extinction due to human modifications of the landscape. Thus, this habitat category targets species that only use smaller forest fragments for breeding.

In and around urban areas, forest fragments could be used by an important group of long-distance migrants called Neotropical birds (Figure 4). This is the second bird habitat score that the tool calculates: a habitat score for migrating birds that use forest fragments as stopover sites. Migrating birds typically breed during the summer in the U.S. and Canada and migrate south to spend the winter months in Mexico, the Caribbean islands, Central America, and South America. Migrating species make the return trip in the spring back to their breeding grounds. Along the migration route, forest fragments in urban areas can serve as stopover sites where migrants rest and forage for food. These stopover sites are critical, as the birds need to rest and forage in these sites in order to make their long journeys.

Habitat score 3: birds that use trees in residential areas as breeding/wintering and stopover habitat

A variety of forest birds will use trees and shrubs in built areas (i.e., urban residential and commercial areas) as breeding sites (during the summer) and as foraging/shelter sites during the winter and spring/fall migration seasons (Figure 5). This is the third bird habitat score that the tool calculates: breeding and/or stopover sites in built areas habitat score. This habitat score should primarily be used to evaluate the relative worth of a built area for more urban-adapted species. There is value for many different species of forest birds. Built areas with extensive tree canopy cover can serve as breeding, wintering, and stopover habitat for a variety of species.

Scoring: From our review of bird studies in residential areas, we gave points when trees (and their tree canopy) were conserved during the construction process. Built areas with trees and associated vegetation provide important habitat during breeding, migrating, and winter seasons. In fact, during the migration season, interior forest specialists can use trees in built areas as stopover sites. Essentially, one looks within areas that are to be built and estimates the amount of tree canopy cover (in acres) that will remain after construction. Each acre of tree canopy conserved received 1 point.

The tool is based on a thorough, systematic review of the literature and it is limited to studies conducted in the United States and Canada. One useful summary of our findings is a bird species list that indicates whether a particular species can breed or stopover (during migration) in city forest fragments and in residential areas with trees. It can be found here (http://wec.ifas.ufl.edu/buildingforbirds/web/birdlists/masterlist.pdf). Below, we briefly describe a scoring result for a hypothetical 100 acre site (for more detail, see Fact Sheets at http://wec.ifas.ufl.edu/buildingforbirds/web/home.html).

The graphical display (Figure 6) is useful when you compare one development scenario versus another for the same site. The evaluation tool allows you to manipulate the amount of forest fragments conserved; the scores will change depending on the design. The inputs all exist online and using the tool is a 5 step process (see http://wec.ifas.ufl.edu/buildingforbirds/web/tools.html ). With this tool, a developer can manipulate different designs and determine how they could maximize breeding and stopover habitat for birds.

This is the first design tool (that we know of) where decision-makers can manipulate amounts of forest fragments and tree canopy (in built areas) and determine the best designs for conserving bird habitat. In particular, the master bird list we have compiled has translated data from many scientific studies into a format that allows people to see which birds are most likely to use urban areas. The take home message for people using this tool is that small forest fragments—and even individual trees—are important for a whole variety of forest birds. 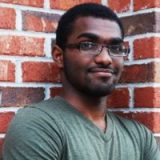 About the Writer:
Jan-Michael Archer

Jan-Michael Archer is an environmental educator and wildlife interpreter for the U.S. Fish and Wildlife Service. 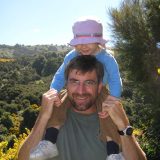 
The sustainability of urban ecosystems depends on how we respond to future social, economic, and environmental challenges. From reducing the negative effects of highly engineered infrastructure on the ecological functioning of natural systems in cities, to achieving a more equal...

26 February 2018 The Loneliness of the Protected Area: Biocultural Connectivity, Social Media, and Living in Harmony with Nature William Dunbar,  Tokyo

This concept paper was inspired by a series of round table discussions that were hosted by the Israel Urban Forum, together with the Bezalel Academy of Urban Design in Jerusalem. The participants at my round table, where the topic of...

12 April 2017 Exploring Questions of Architecture and Identity from “The Battle for Home: The Vision of a Young Architect in Syria” Huda Shaka,  Dubai

Marwa al-Sabouni’s recent book on her experience as a young architect in Syria provides fascinating insights into the past, as well as current and future life in war-torn Syria. Although I have not been to Syria, the brave questions and...