As world leaders gathered recently in New York to sign the momentous Paris accord to curb future carbon emissions, the air in Indian cities such as Delhi continued to scale alarming heights of befoulment, and Chinese cities such as Beijing keep struggling to curtail the roiling murk in their own skies. While this agreement deserves celebrating, we also need to be clear about what it will not do, and not just on the climate issue itself. The Paris accord does very little to address these cities’ aerial plights, part of what has made air pollution the single biggest cause of death and disease in our world today.

It is precisely by tying the deadly skies over their cities to the imperative of reducing carbon emissions that leaders and activists outside the West stand a chance of accomplishing what they promised in Paris.

A widespread hope prevails that curbs on carbon emissions will also fix the dirty air in these nations’ metropolises. But our past in the United States suggests otherwise. The way that the U.S. and other long-industrialized nations better tamed our own smog problems has conditioned us to tackling one enormous environmental problem while ignoring the other.

After a stinging haze began swirling across the Los Angeles basin in the mid-1940s, a political furor arose, and scientists and regulators set about trying to understand and contain the problem. At first they looked for solid particles and the sulfur oxides often associated with these, much like what now troubles Beijing and Dehli skies. Similar to these recent afflictions, Los Angeles’ smog pooled only across the basin, especially when trapped by an overlying layer of cooler air. It stung eyes, obscured buildings, and stirred far-reaching concerns about Angelenos’ health. It drove so many residents to local clinics or emergency rooms that in the 1950s, local doctors recognized a pervasive “smog disease” and became convinced it was triggering lung cancers.

The earliest emergency measures did significantly curb the overall amount of carbon being ignited across the basin. Sternest of these, and accompanying a new smog alert system starting in 1955, a highest “health hazard” level set for sulfur dioxide and other recognized pollutants triggered far-reaching shutdowns of industry, traffic, and businesses. Like the measure recently declared in Beijing, however, it was imposed only rarely, and for a very short time.

Most of the other ways in which Los Angeles and other American cities tamed this sort of air pollution, by contrast, actually enabled more carbon to be burnt. They aimed, after all, only at alleviating local or regional accumulations of contaminants, and especially those that threatened humans’ health. California, then the entire U.S, adopted a similar strategy: enclosing those fires that blazed in factories or power plants or cars, or else filtering out the least healthy effluents. Catalytic converters, for instance, “solved” only one part of the environmental problems posed by cars, what went out the tailpipe. They didn’t address either how much or what kind of fuel was being burned.

Successful as this earlier wave of environmental regulation has been with what thereby became known as conventional pollutants, it has remained all too effectively disengaged from the burgeoning torrent of fossil fuels Americans have continued to kindle. Even as average ozone levels are now 40 percent lower than in the 1970s, Los Angeles has twice as many cars. A few measures, like the advent of mass transit and of hybrid vehicles, have kept Americans’ carbon emissions from rising as much as they might have. But overall, the pollution control ushered in by the Clean Air Act actually enabled the United States to become the world’s biggest emitter of carbon over the late twentieth-century and the single greatest contributor to global climate change.

We Americans also have a hard time remembering that half a century ago in our country, “conventional” pollution provided a tremendous spur for mobilizing citizens. Its localized, palpable, and downright pathological presence in and around American cities furnished the single most powerful rationale for a mass environmental movement.

Among the fruits of this mass environmental movement’s crowning legacy—the Clean Air Act—are the Obama administration’s new rules targeting carbon emissions. Yet their imperceptible, non-toxic character long made it very hard to rouse a comparable movement on the climate’s behalf in a nation such as the United States, at least until the effects of climate change started hitting home.

Now, those of us cheering the new climate pact in nations whose cities seem less afflicted need to understand that the push to curb the carbon emissions in countries such as China or India cannot, and should not, be the same as in America. Politically speaking, it is precisely by tying the deadly skies over their cities to the imperative of reducing carbon emissions that leaders and activists outside the West stand a chance of actually accomplishing or going beyond what they promised in Paris.

The immediate health dangers from smog offer developing world leaders strong enticements to prioritize solutions concocted by the West for that problem alone, from re-sited coal plants to scrubbers to natural gas. Yet already, in an authoritarian China prodded by citizen unrest and the media to act, we’ve seen efforts that combat conventional pollution and carbon emissions at once, such as a downscaling of plans for coal-fired power plants. India, with the world’s worst polluted cities, has much further to go with monitoring and other control basics for smog, but it has announced an ambitious effort to ramp up solar power production. And at least on an emergency basis, Delhi itself has tried measures like halving its car drivers that may also shrink its carbon emissions. If there is to be any hope of solving the twin climate and pollution crises, leaders, activists and policymakers need to promote and sustain policies that keep both goals in mind, not just one or the other.

To support them, “capacity building” promised by the new pact for developing nations should prioritize shifts in these countries’ fuel mixes that actually do target the dirty air afflicting cities like Beijing and Delhi. And this assistance should not be limited to the problem as we in the global North tend to define it: reducing the volume of fossil fuels being burnt. Instead, throughout the global South, this aid should also support all the monitoring, expertise, technology, and enforcement that reduces people’s exposures to the most dangerous by-products of fossil-fueled fires—protections most climate-related policy and activism in North America and Europe now take for granted.

This pollution is killing and sickening millions right now, not just in a future of rising sea levels and worsening droughts or storms. And with such cities set to receive the greatest share of global population growth in coming decades, this problem threatens to get worse before it gets better. 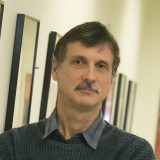 About the Writer:
Christopher Sellers

Christopher Sellers is the author of Crabgrass Crucible: Suburban Nature and the Rise of Environmentalism in 20th-Century America. He is a professor of history at Stony Brook University in New York.


Many cities still have green areas in various forms, despite the fragmentation of their ecosystems. The call for integration of built form with nature is now more explicit and can be discerned from the Sustainable Development Goals of 2015 as...

In the Third Millennium, we live in a globalized urban world, where loss of local culture and deep social segregation are happening. Climate is changing faster than predicted, hitting cities and people hard: climate-related floods, landslides, droughts, heat waves, traffic... 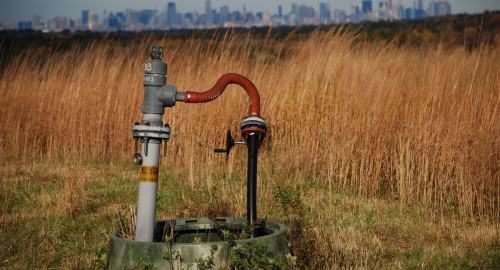 0 There’s an old saying about defecating and eating and not doing both in the same place. It is usually applied to interpersonal relations but serves just as well for industrial ones. And it is particularly relevant to mining. Certainly we...